Location: This item is located near Vernon, TX

(Listed concerns are what have been observed by the business unit selling the item and have not been validated by a technician. Areas not listed as known concerns or None do not imply any warranty as to life or condition and only imply that a concern was not noticed by the previous user. This item is being sold AS IS WHERE IS in its existing condition.)

~ All Items are sold AS IS WHERE IS. No warranty given or implied.
~ Inspections are on the potential buyers time and expense and must be scheduled in advance.
~ Test operation of the item will not be permitted.
~ Buyer will be required to sign a Bill of Sale and pay any applicable taxes.
~ After payment clears, the buyer can arrange for pick up.
~ Buyer must present a copy of the pickup release at the time of pickup.
~ Buyer shall have appropriate hauling equipment for the item(s) being picked up.
~ Buyer is responsible for positioning and securing the item(s) on the transport vehicle.
~ If applicable AEP branding decals will be removed prior to the sale. 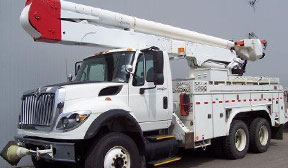 View new and used equipment that AEP no longer needs. 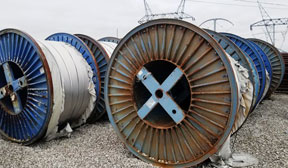 Place a bid or make an offer on available equipment.

How to Buy Equipment 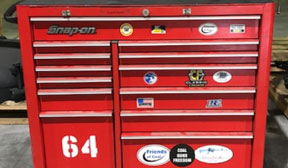